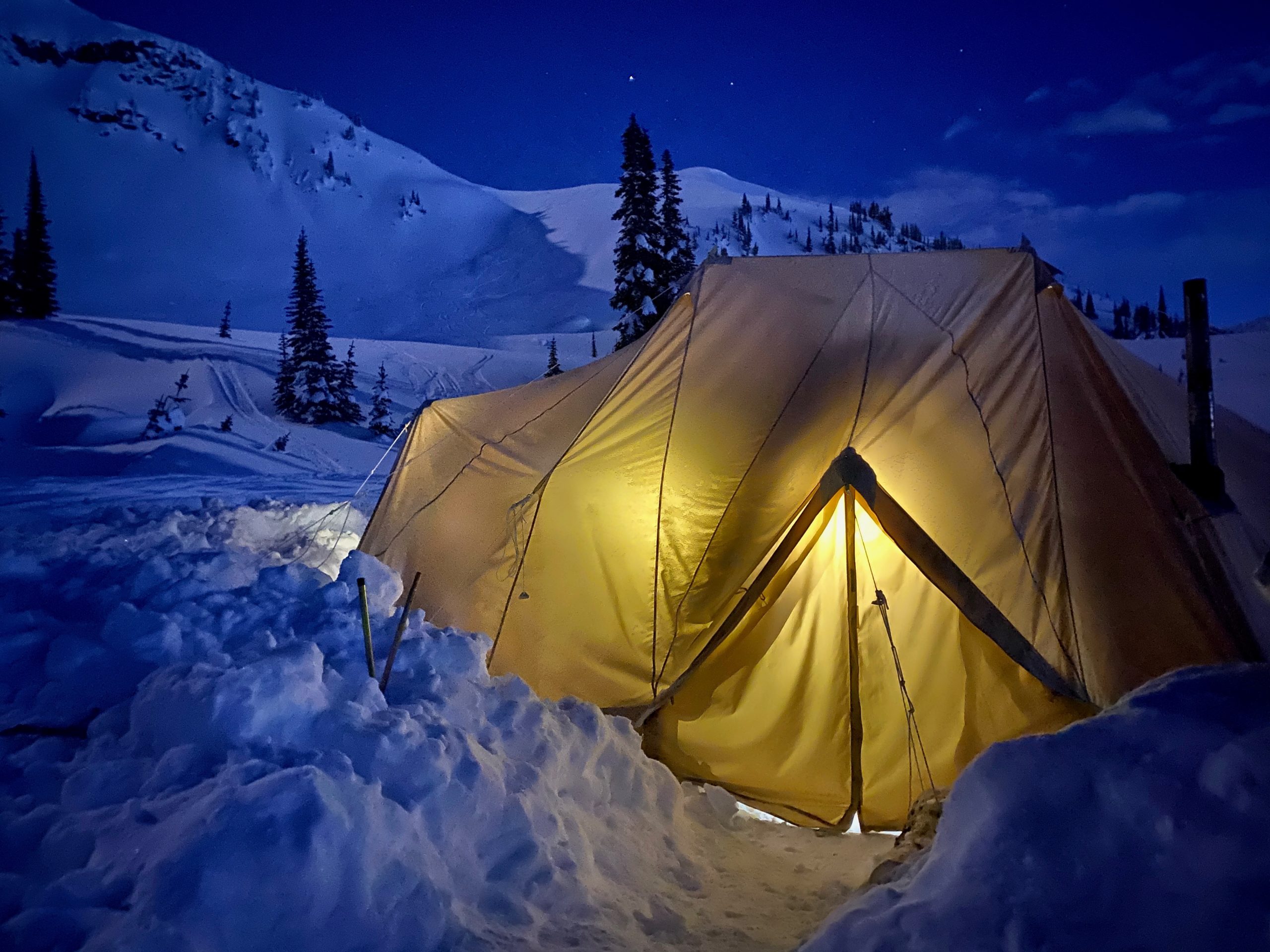 No cabins, no crowds, and endless lines in “the most peaceful place in the world.”

The forecast calls for minus 22 C overnight, and the idea of freezing my cojonés off between the walls of a canvas tent is an unwelcome proposition. The Sea to Sky backcountry is dotted with cabins—sturdy labours of love with places to cook and dine while glowing woodstoves simultaneously warm hearts and dry gear. Why would anyone willingly skip that scene for a tent-based adventure? 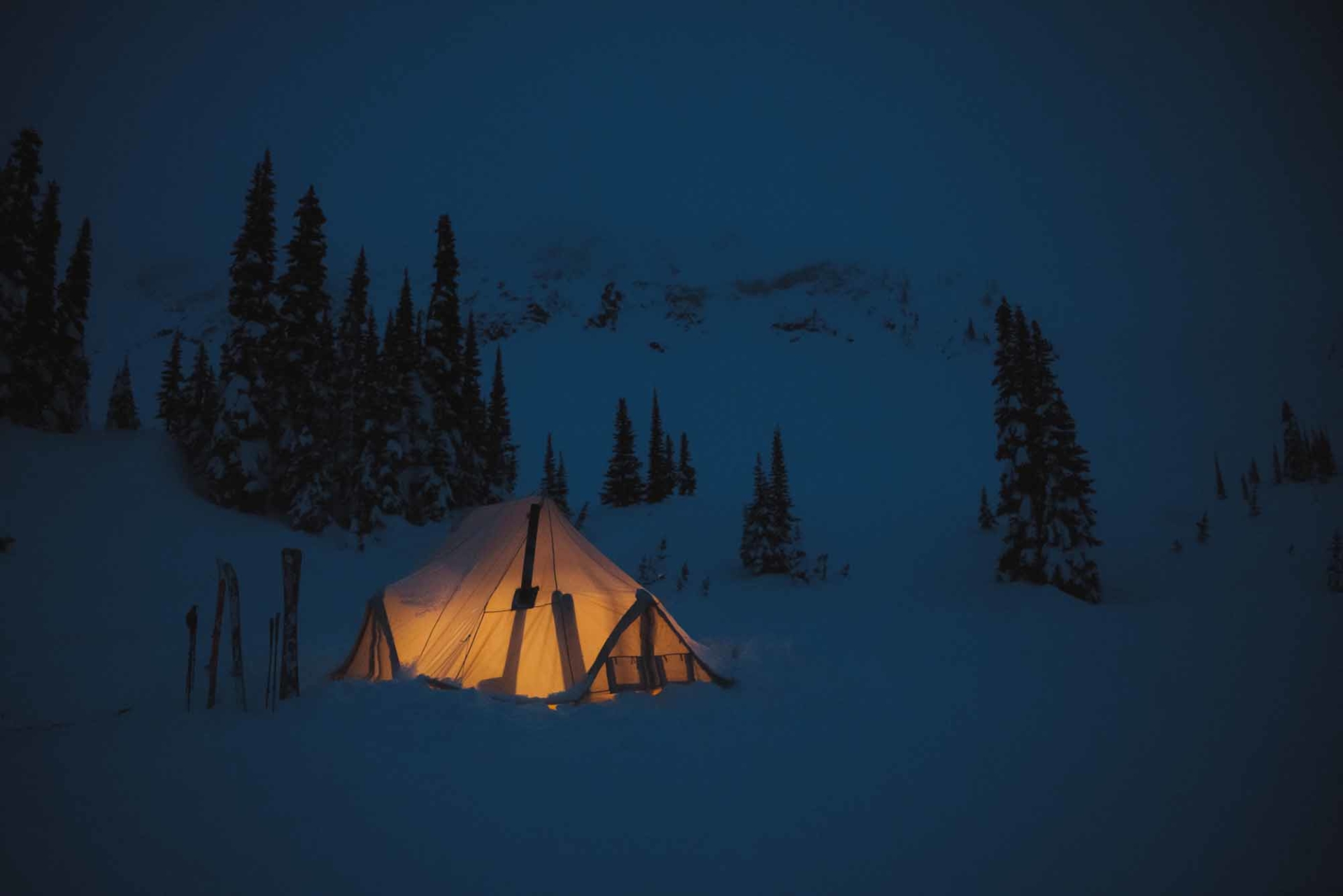 Camping in serenity on the shores of Zippermouth Lake. Photo: Michael Overbeck.

“We wanted to give people the experience of really being in the mountains and being alone,” says JF Plouffe of Coast Mountain Guides. “There’s something really special about getting dropped off by a helicopter next to a lake surrounded by castles of mountains. Then we build a camp, put on skins, and start walking. There’s no noise, no sound, no light pollution… just the mountains and the sky, in a place even snowmobiles can’t reach. When you’re out there under a night full of stars, it’s the most peaceful place in the world.” 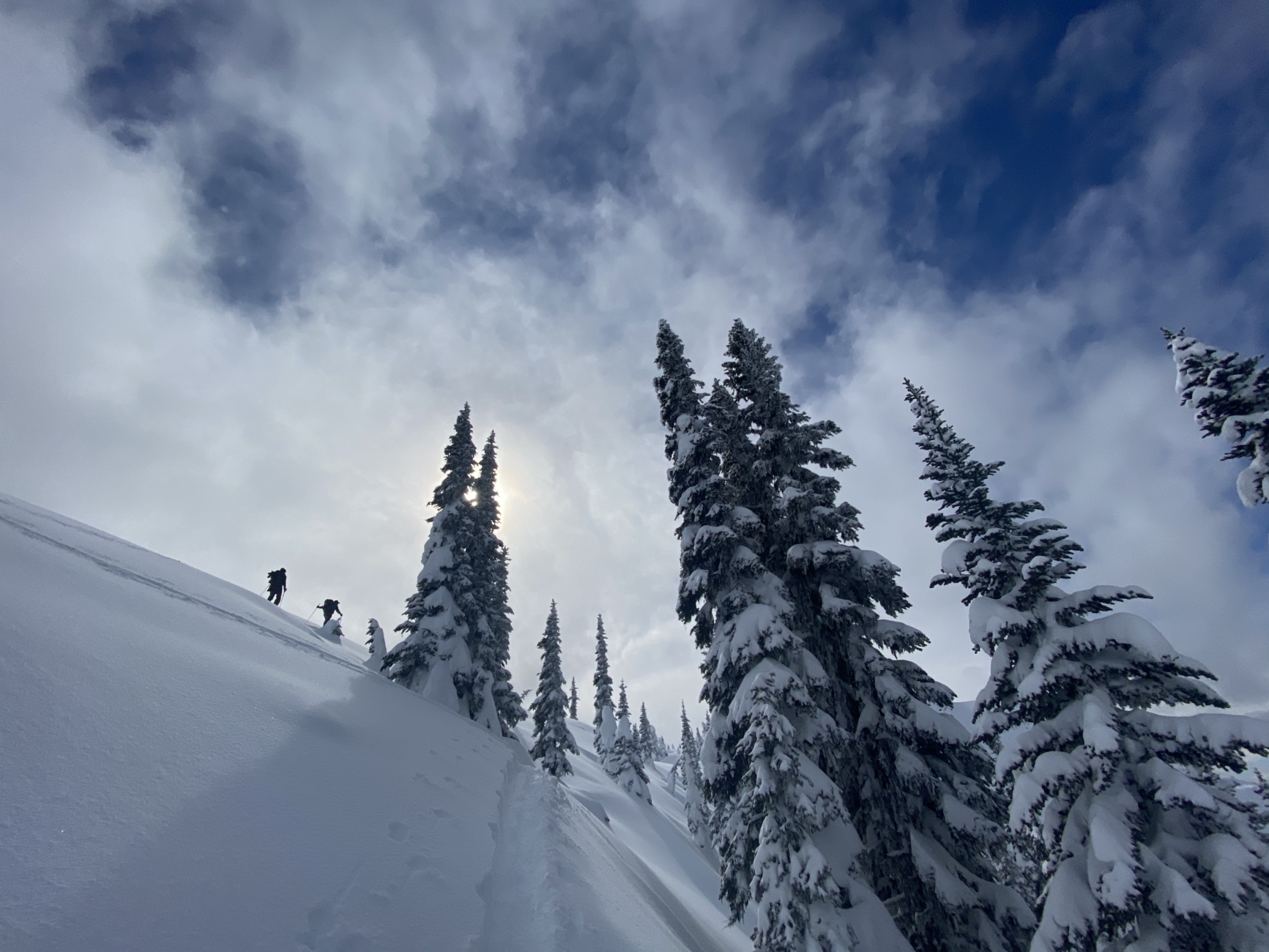 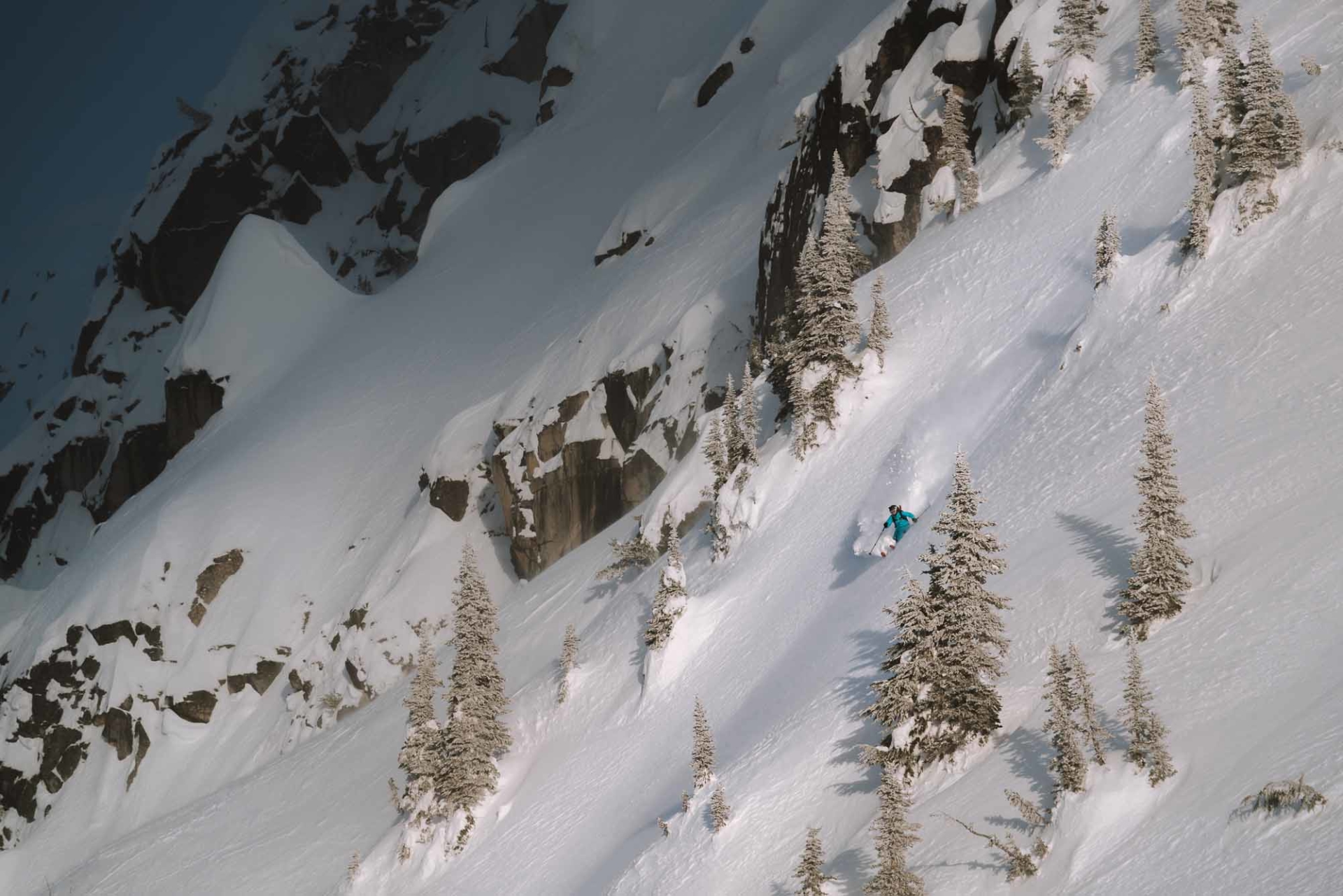 Jeff Grant takes a line for himself. Photo: Michael Overbeck

There’s no noise, no sound, no light pollution… just the mountains and the sky, in a place even snowmobiles can’t reach. 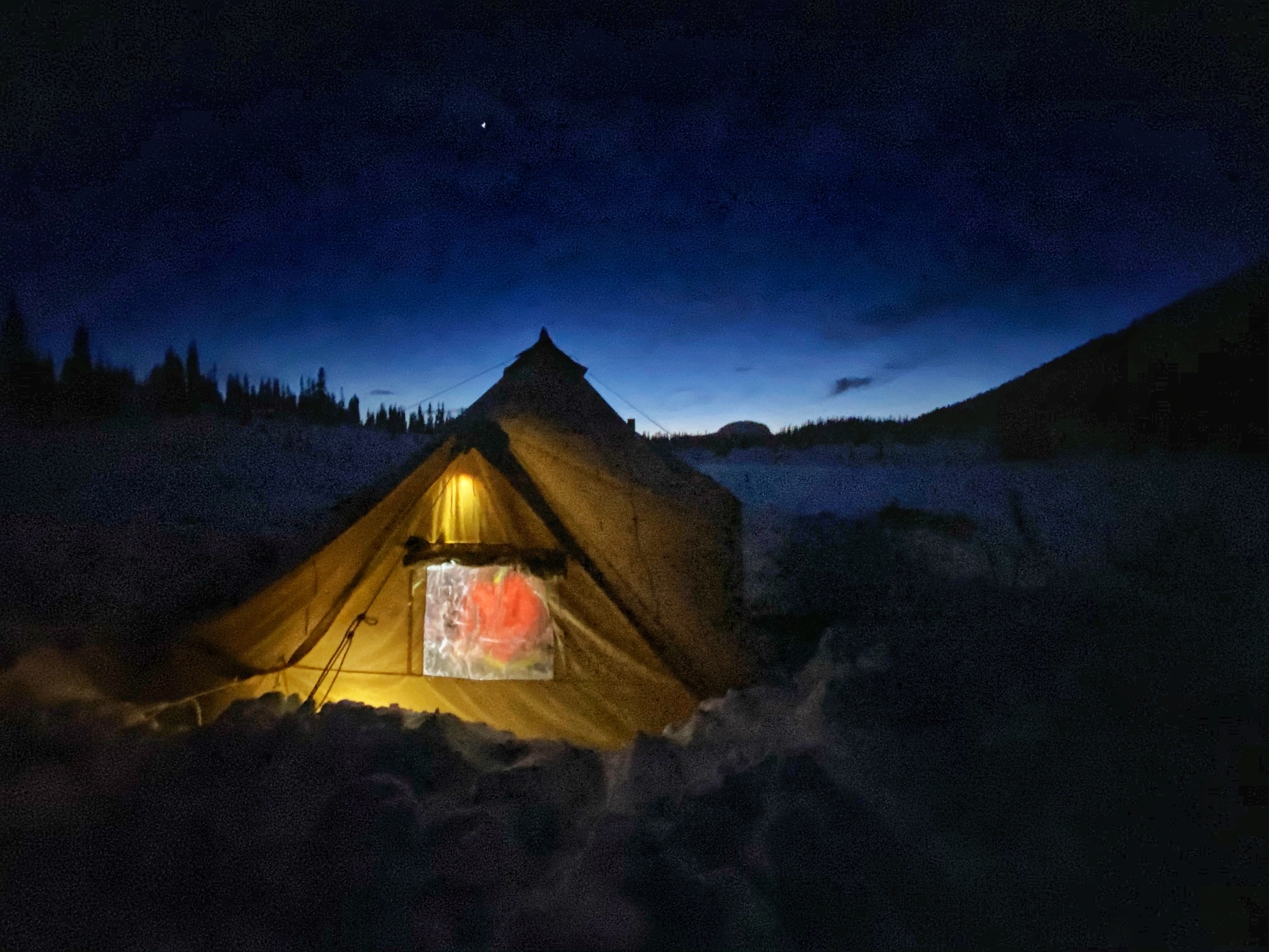 Plouffe, who’s been guiding clients in the Coast Mountains for more than 20 years, wanted to offer his clients a solitary experience that connects them to the landscape more than a typical skin-up and ski-in to an often crowded backcountry cabin. Even in the beauty of the mountains, sleeping two feet away from a stranger always seems strange, especially when they’re sawing logs all night—but is this reason enough to suffer the harsh cold of winter tenting in the alpine? 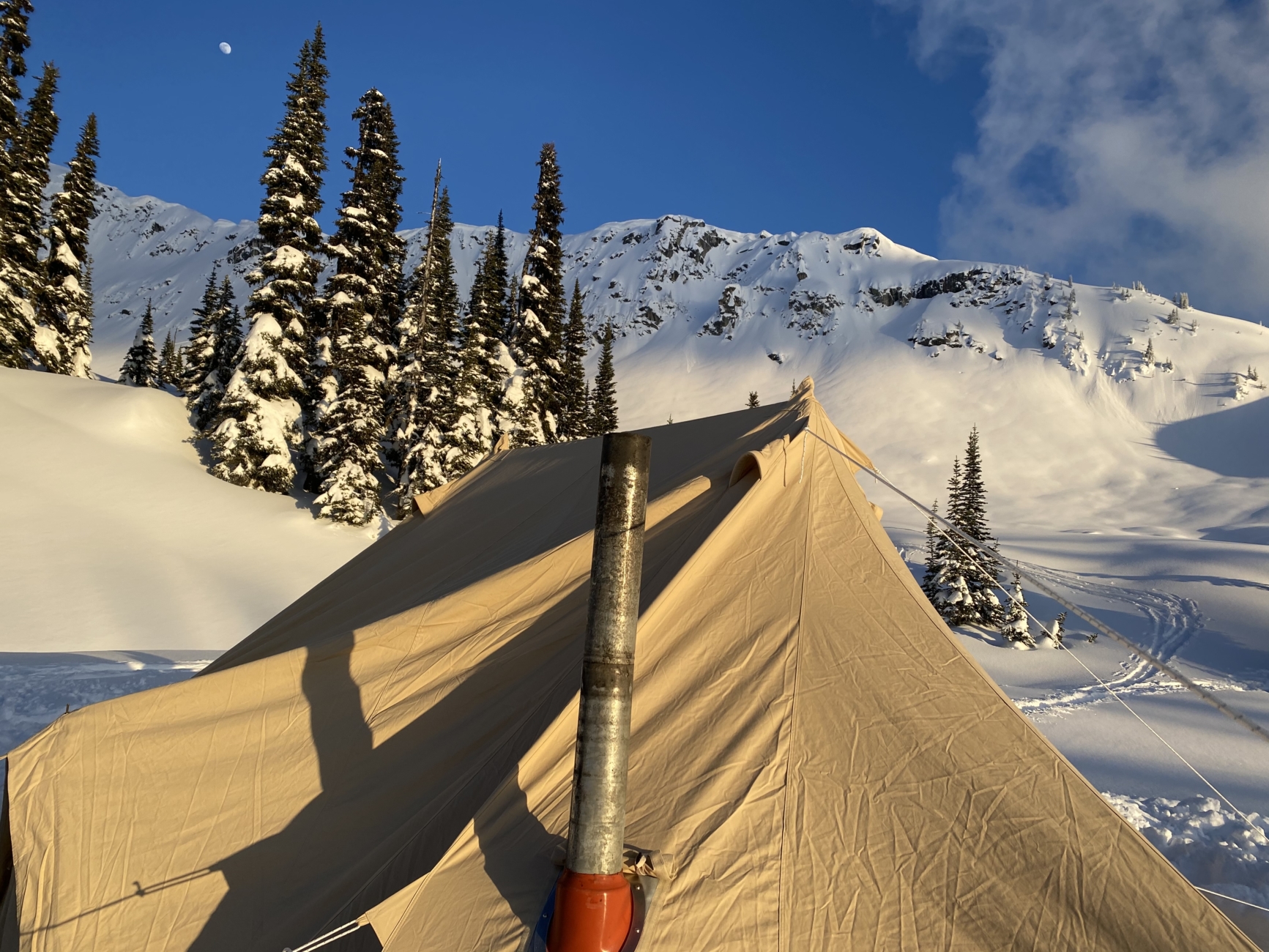 “I’m not the guide that looks just for pow,” says Plouffe inside a now cozy-warm tent our four-person party worked together to erect earlier in the day. “For me,  it’s the whole picture… the moon rising over the mountain, the sun setting over the crest, the tiny sparkling crystals in the morning hoarfrost. Winter is real, and folks need to be prepared to be uncomfortable, so they achieve a great reward.” 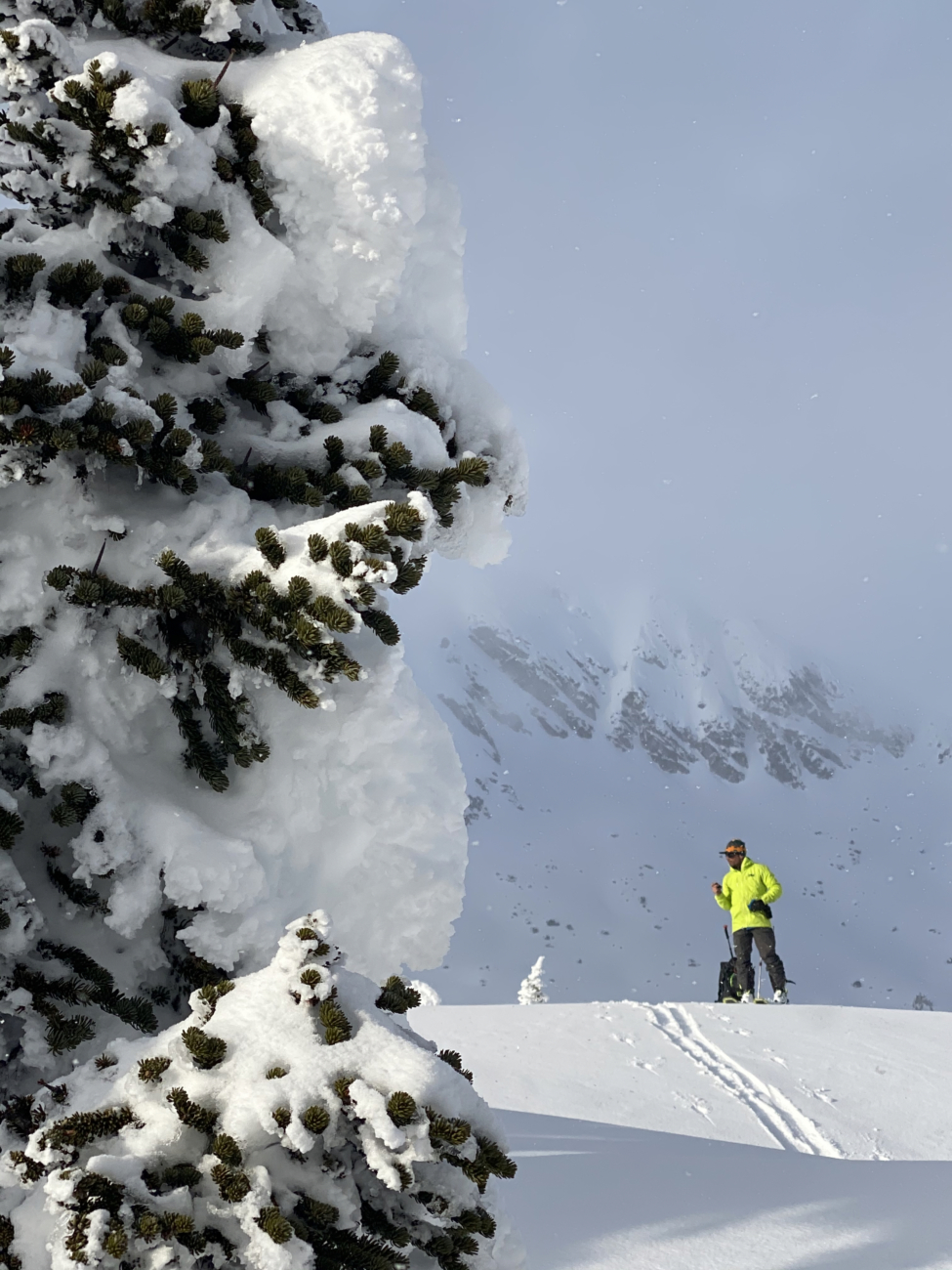 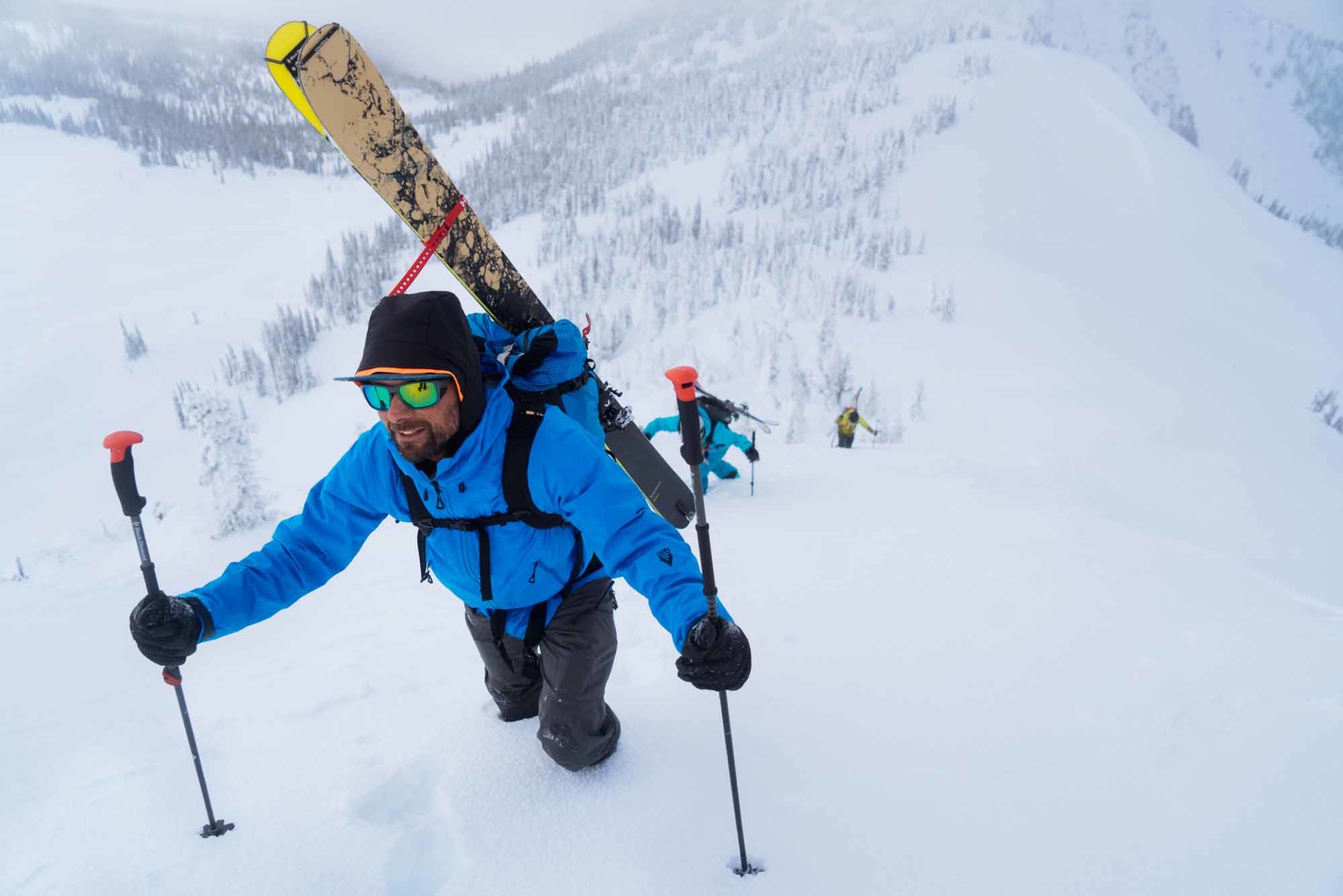 No rush, no fuss. JF Plouffe in his office. Photo: Michael Overbeck

Later that evening, as the last of the logs (Plouffe prefers the long-burning Enviro-Logs made from 100 percent waxed, corrugated cardboard boxes) stopped throwing heat, the dark of night swooped in with face-slapping cold, suffer we did. I slept in five layers of clothing with a ‘hot shot’ slipped in between two pairs of socks (a genius hack, FYI) inside a -30 C sleeping bag. I survived. 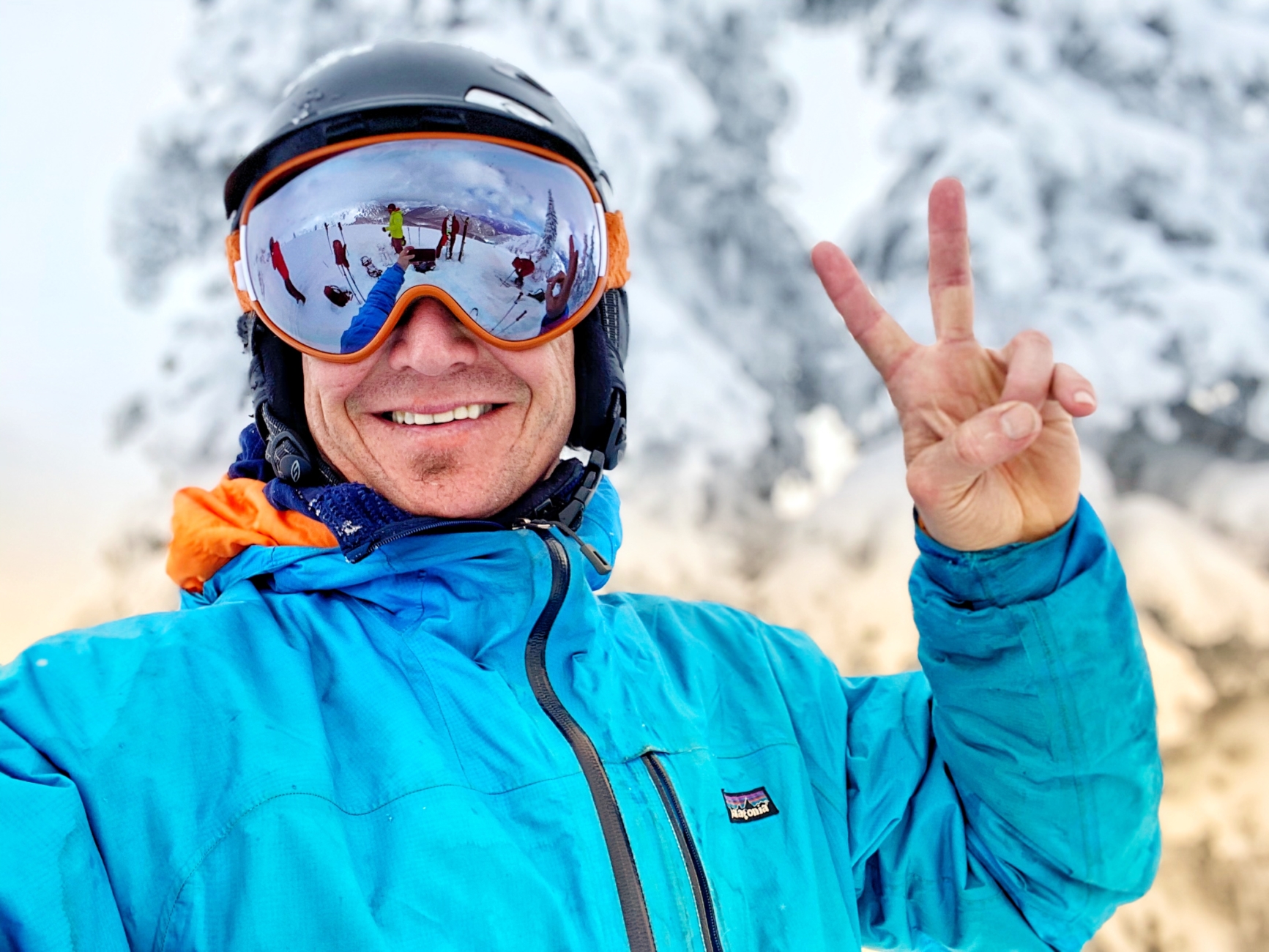 I also used snow for toilet paper in the morning (that’ll wake you up quick!), and all our beer was frozen solid by the time we returned from an incredible day of fresh tracks. But since the untouched terrain wasn’t in jeopardy of being poached by the masses each morning, we were able to take our time getting warm, fed and ready for another big day in the hills. Plouffe seemed on a mission to find the best terrain possible in a secret paradise—a place you could explore every day for a month and never ski the same line twice.

Collectively, our group of four cold souls risked nothing more than living outside of our comfort zone for a couple of nights. And the reward? Well, that became apparent as we started to skin up—untouched, cold-smoke powder through steep, gladed trees that funneled into narrow chutes—what Plouffe likes to call northern comfort. With no snowmobiles in sight, we were free to roam this untouched, winter-white playground for three pristine days before the big bird came to whisk us back to civilization.

When I got home and kissed my daughter goodnight, I was grateful for the roof over our heads and the comfy foam mattress; grateful for the heat, and for the toilet paper. But that night, I dreamed I was dining on pow for breakfast while still inside my sleeping bag. Maybe the freezing tent has advantages too. The best way to know is go see for yourself.