When I was young I would pore over National Geographic magazines and dream of adventures like this - train hopping through the Sahara Desert on one of the world's longest trains.
I had dreamt of the oceans, of the sand, the loud clattering noises of the train, the cold, the wind, the scorching sun. The unknown smells and sounds of the desert, and all the discomfort that goes with it.
That visceral experience was exactly what we got as we slithered night and day through the vast uninhabited desert, sleeping on top of Mauritania’s infamous iron ore train. Our unconventional 700km journey took us right through the Sahara to reach the coast, where we were hoping to find a place of forgotten shipwrecks and unknown surf. 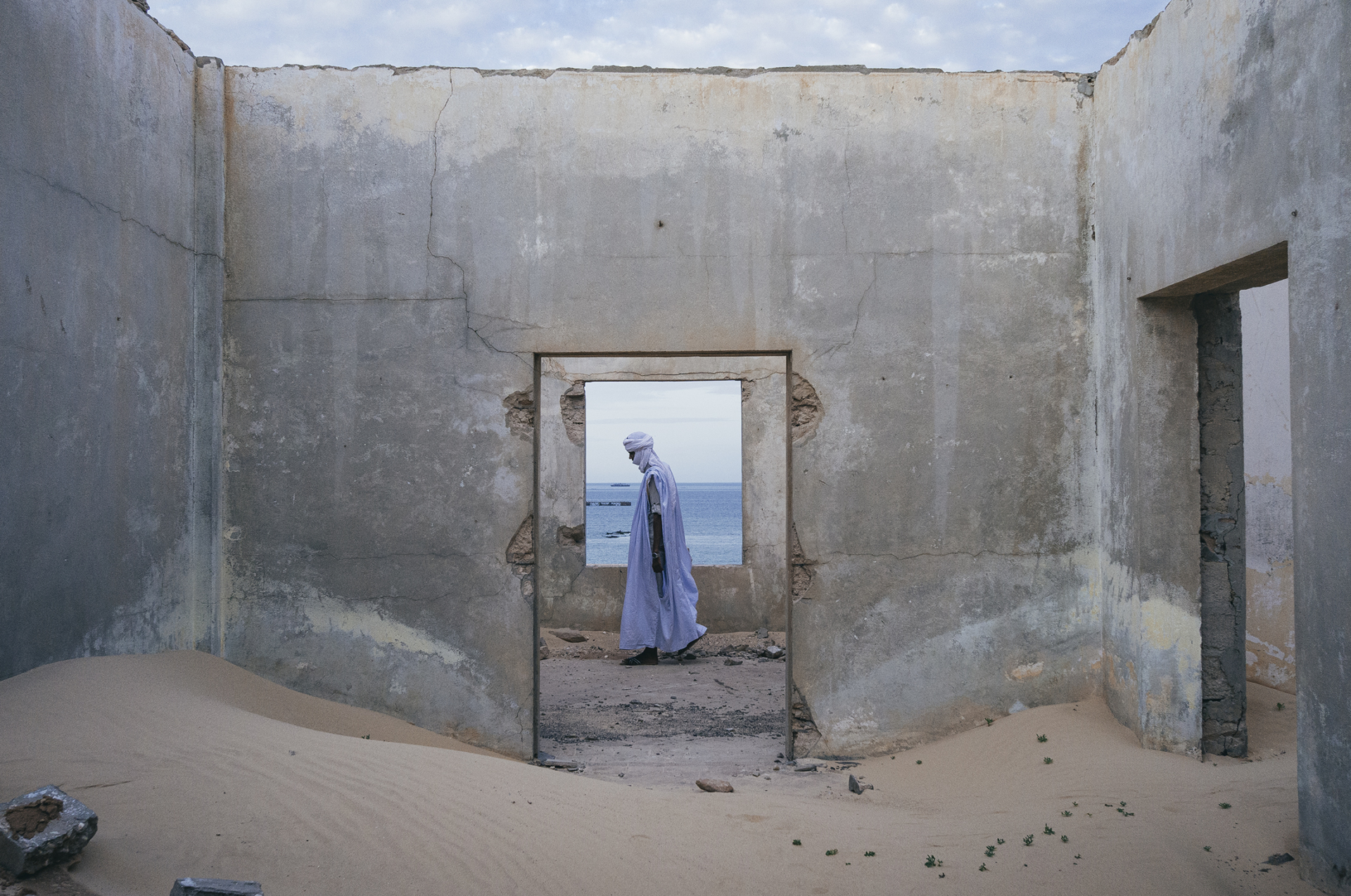 I have always been enthralled by the idea of train hopping and have a particular fascination with the Sahara Desert. As I began researching this unique country, I became even more intrigued. Not many people travel in this part of the world and even fewer have even heard of Mauritania — quite astounding considering that its territory is twice the size of France and takes up a large portion of northwestern Africa.
Our journey began in the capital of Nouakchott, from where I travelled north with a surfer to hop on the Mauritania Railway. We planned to ride the 2.5km long train from a small town called Choum, located south of the iron mine in Zouerat, toward the port of Nouadhibou on the Atlantic coast. My aim was to try and capture the spirit of adventure and exploration as we passed through this incredible desolate landscape.
For me, adventure is not about the destination, but about the challenges, hardship and inevitable beauty in the process of getting there.

From Nouakchott we worked our way through the interior, on what can barely be described as roads. On one particular day the weather conditions take a turn for the worse and a desert sandstorm begins to form on the horizon. I had stopped to take some photographs and before we knew it, the wind picked up considerably and it started to rain.
Within minutes, the sky darkens and the winds increase to what we guess is around 150km/hr. The stinging and blowing of the sand act as sandpaper and is so intense that I feel like my exposed skin is starting to come off.
We quickly find ourselves pinned to the side of our truck, as we try to find some shelter and reprieve. When the wind dies down and we are finally able to climb back inside the truck there are pieces of shattered glass everywhere. Our back window has completely imploded and the interior is soaked. Our guide, who had been waiting for us in the back seat, has cuts all over his body from the glass. As the storm settles we resumed our journey north through the desert, anxious to find the next unexpected turn of events. 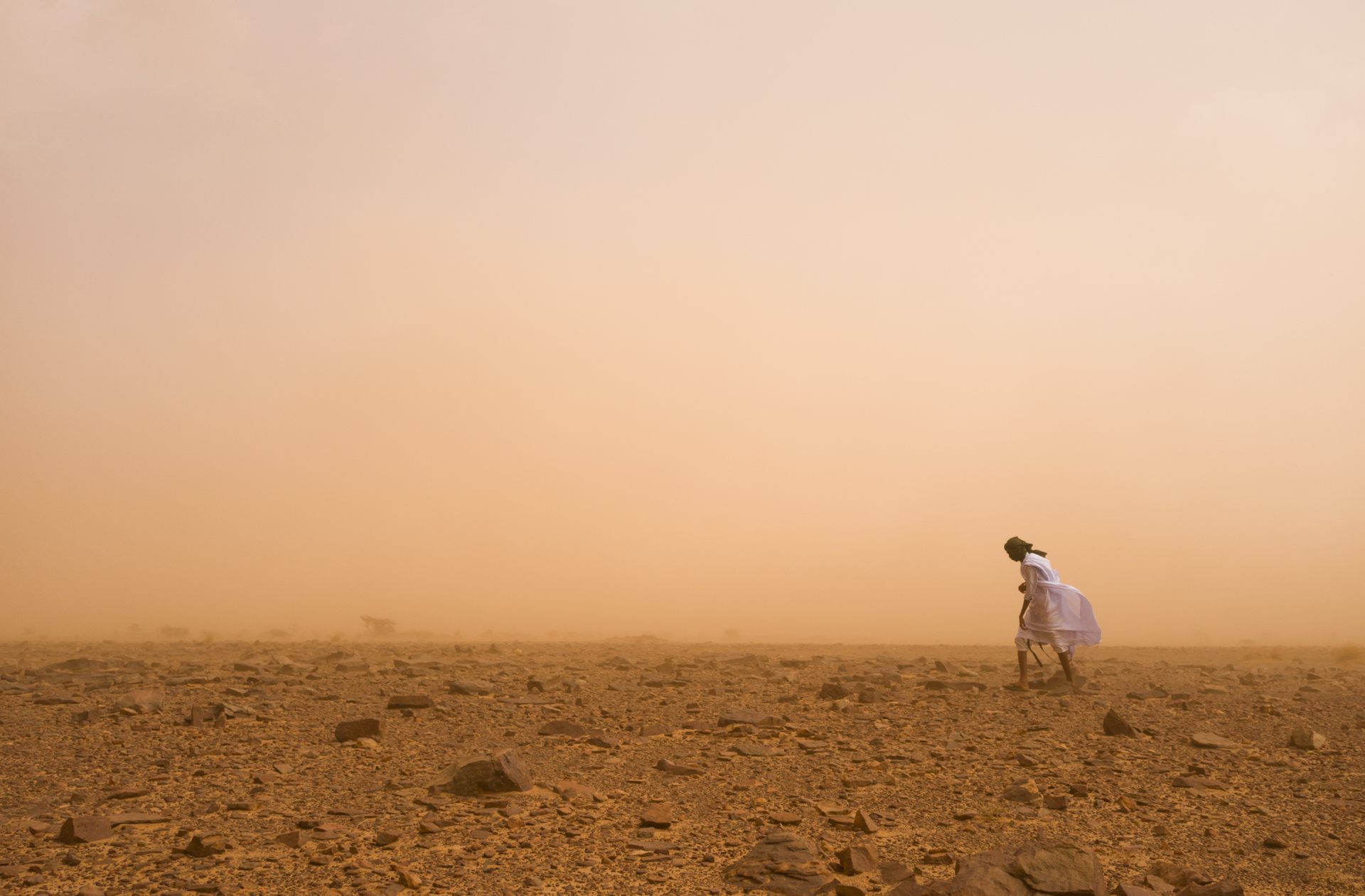 When we finally reach Choum, we are told that the train usually passes through sometime in the late afternoon. As we settle in and wait in the dirt by the tracks, a few families showed up with their goats and boxes of various goods. The kids run around while the parents make dinner and tea on small fires. As the light of the day descends and the sun dips below the horizon we resolved to try to get some sleep. When the train finally arrives, it is six hours late and long after midnight. We grab our gear and wait for the train to slow but it doesn’t actually stop. We run alongside the cars carrying the iron ore, illuminating the ground ahead with our headlamps.
We have no idea how much time we have to get on so we quickly pick a car and climbed up one of the ladders, throwing our gear and ourselves into it as fast as possible. With no warning the train picks up speed again.
We try to get a sense of our surroundings but end up creating a makeshift bed to try and get some sleep on the heaped mounds of jagged iron ore that fill our car. During the night, the desert temperatures drop dramatically and I put on all the clothes I have to try and get a little sleep. Any kind of rest is difficult not only because the train is incredibly loud, but because its huge length means that whenever it increases or decreases speed the cars hammer together violently. 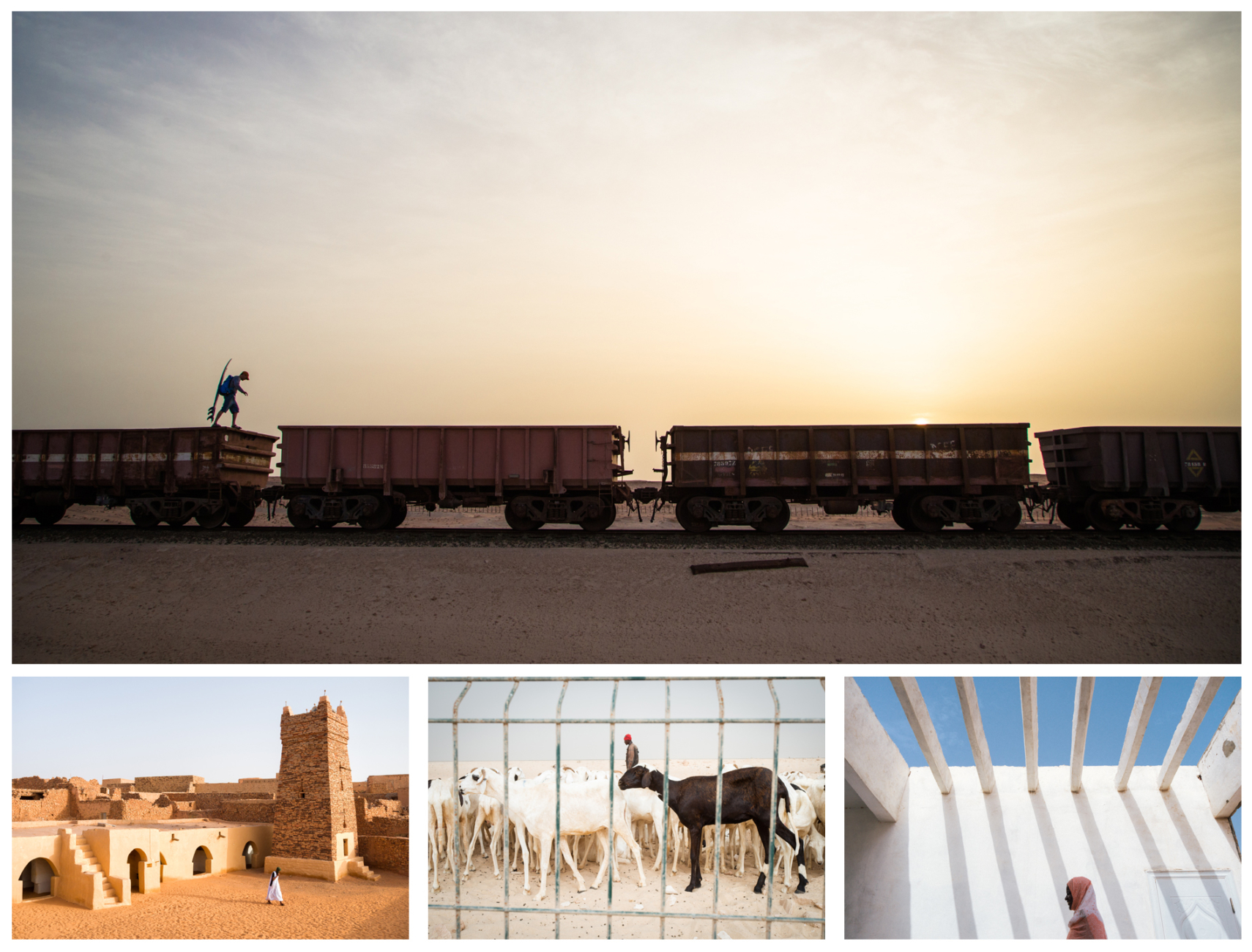 Dawn brings with it the realization that the dust from the iron ore has seeped into all of our clothing, staining everything a rusty red hue. The abrasive dust gets everywhere, so we wear ski goggles to protect our eyes and wrap scarves around our heads to prevent us from breathing it in.
As the sun gives us warmth, we look out across the vast Sahara desert taking in the endless sand and arid plains. Relentless winds have endlessly recast the undulating dunes of the interior leaving a stark beauty. 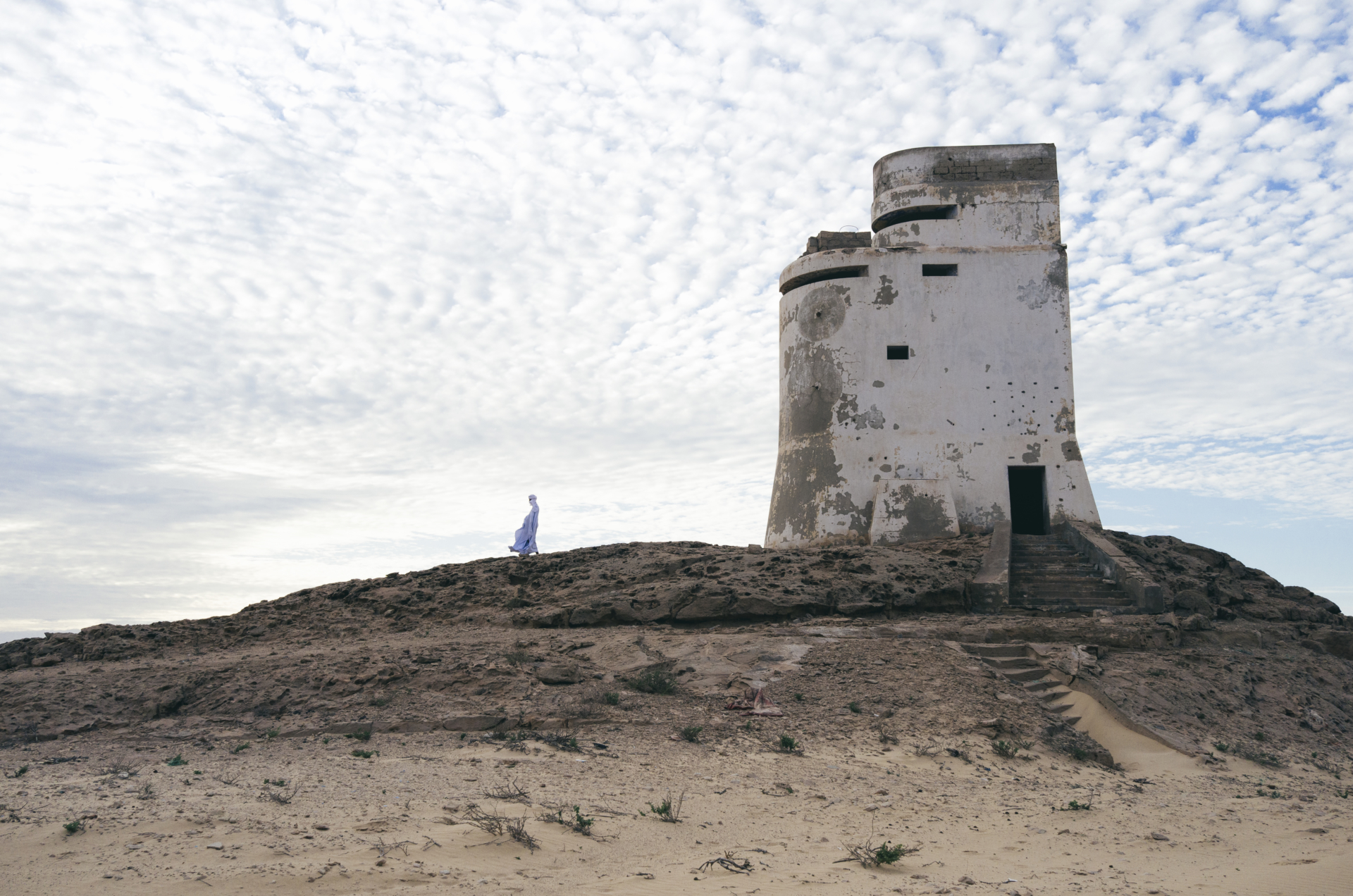 The Mauritania Railway serves not only as the sole connection between remote locations and the country’s only major shipping port, Nouadhibou, but as free transport for locals seeking to travel from isolated communities to the coast. The hours pass slowly and the temperatures rise inexorably to become a blistering, sweltering heat. In some ways, there is little to see along the way except a few very small homes and dead camels wasting away beside the tracks. 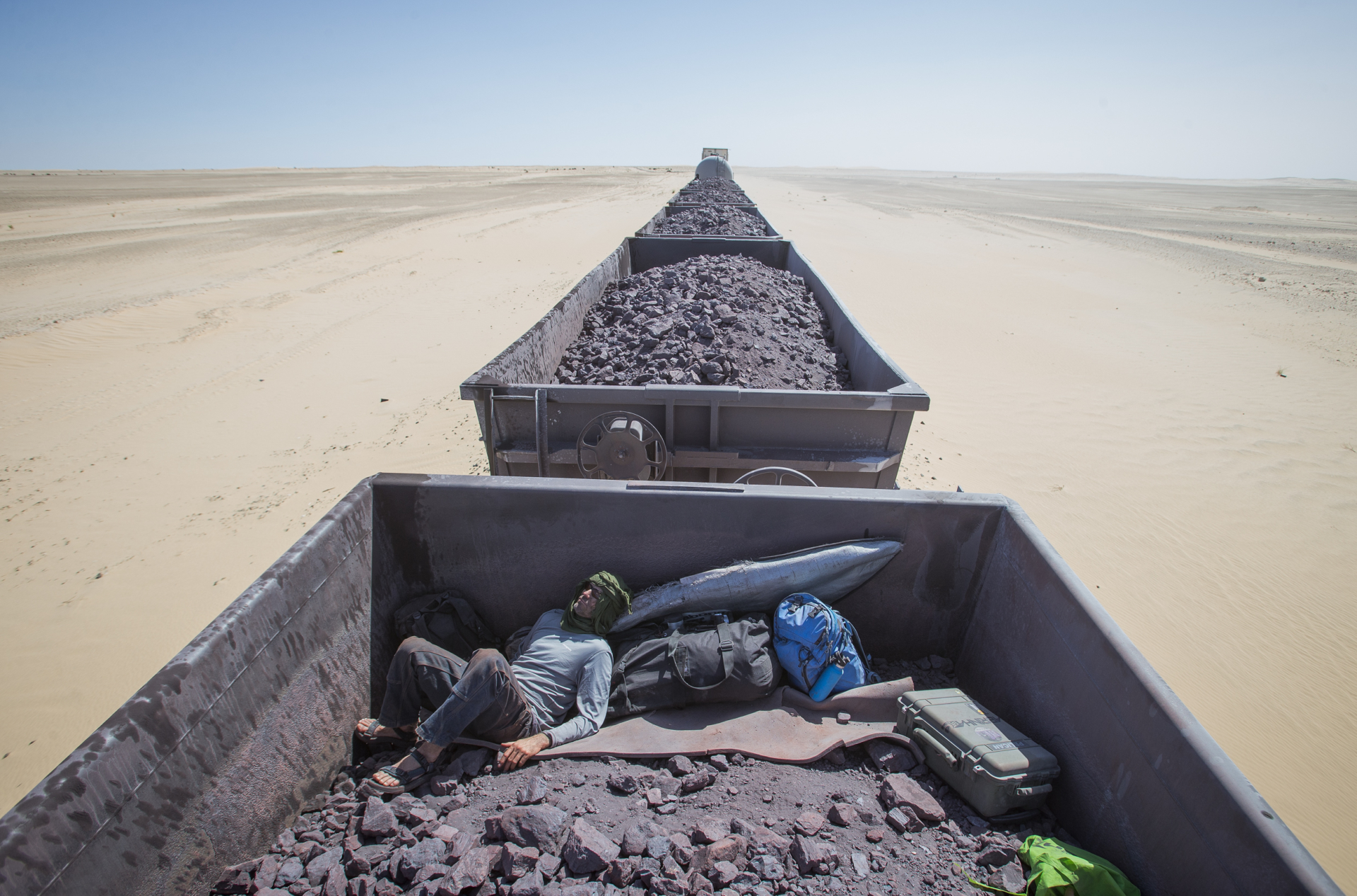 Eventually we reach the coast and pull into Nouadhibou station, where we head out in search of unknown surf and a huge cemetery of lost shipwrecks. There are land mines peppering the landscape here, so access to the coast is a delicate task. In recent years, many of the shipwrecks have been dismantled and sold for their metal but there are still some fascinating rusting ship skeletons to be found. 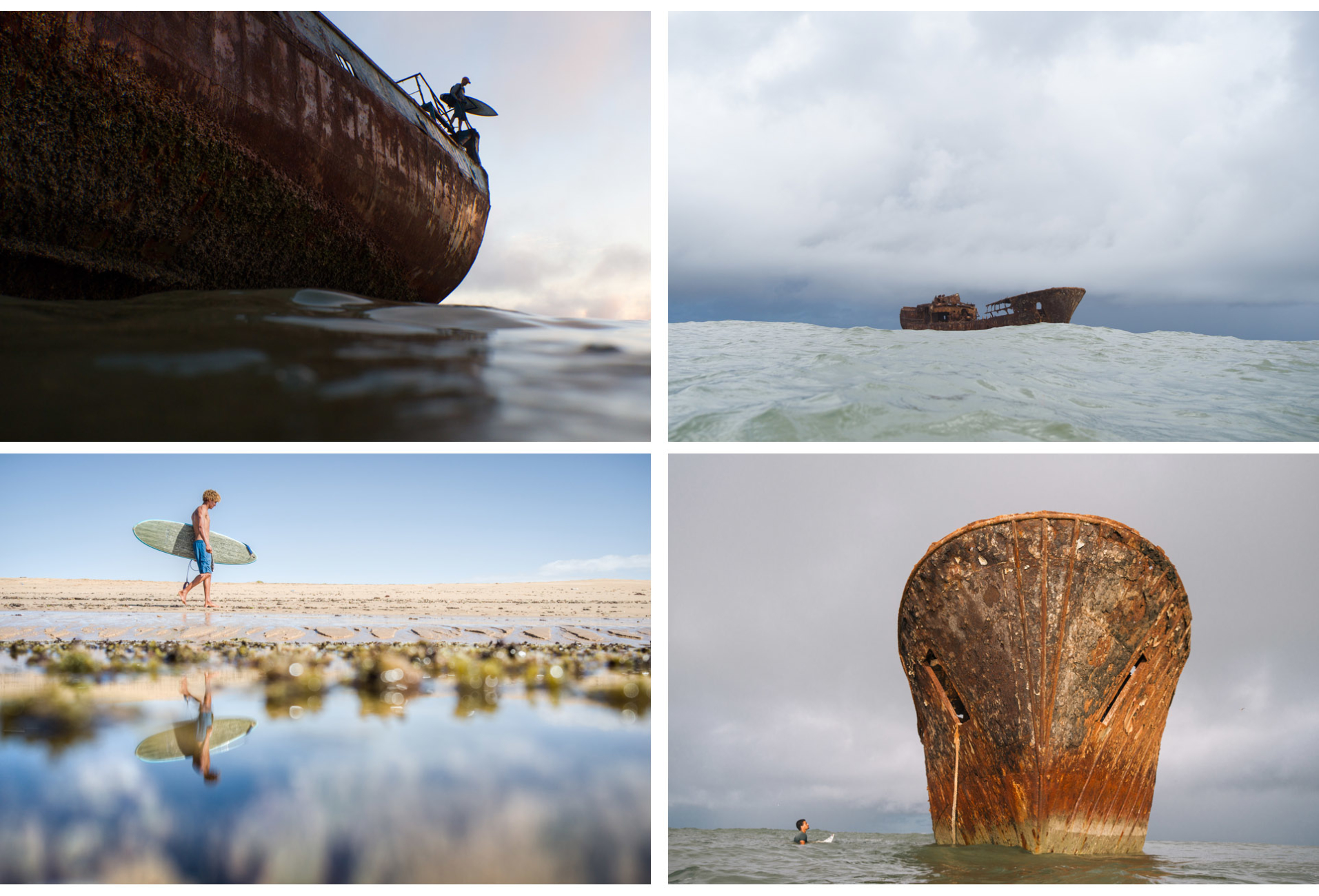 From the shipwreck graveyards my curiosity leads me to spend time with the Imraguen fishermen in Banc d’Arguin National Park. It is a world heritage site because of its natural resources and fisheries. The Imraguen people have maintained their age-old lifestyles, based almost exclusively on harvesting the migratory fish populations using traditional sailboats.
The Imraguen fishermen still use traditional techniques that are unchanged since they were first recorded by 15th century Portuguese explorers.
One thing that shocks me is that the fishermen cannot swim. The night I arrive in their village, locals tell me that one of fishermen has fallen from his boat and is believed to have drowned. The next day we help the community look for his body but it is never found. It seems incredible to me that these people live their whole lives by the sea and spend every day fishing, yet still do not know how to swim, almost as though cultural superstition prevents them from wanting to learn. 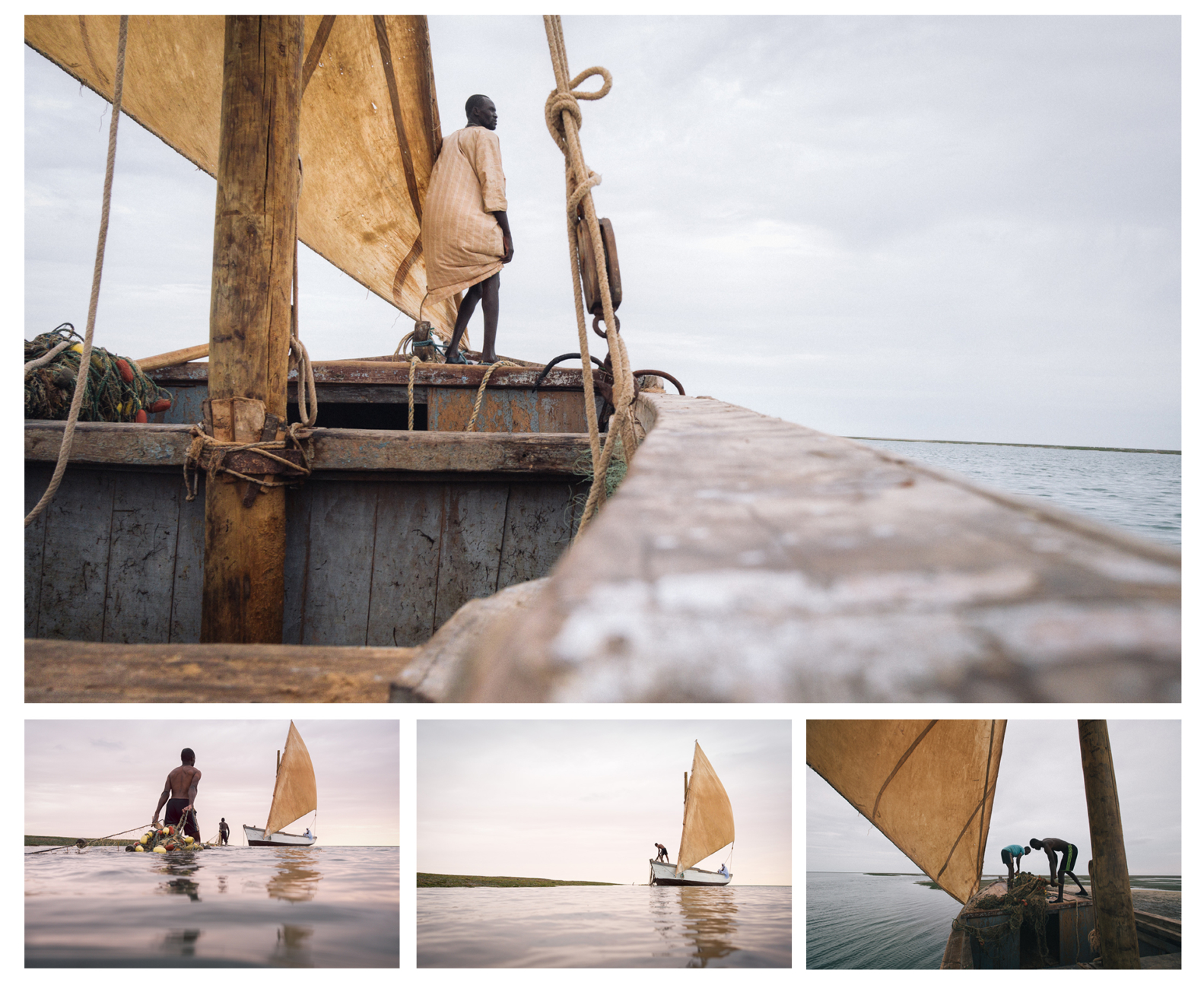 As my journey comes to an end I reflect on our experiences. I realize that this adventure has been one of those rare times in life when the expectations of your dreams and reality converge, and your adventures play out even better than you imagined. 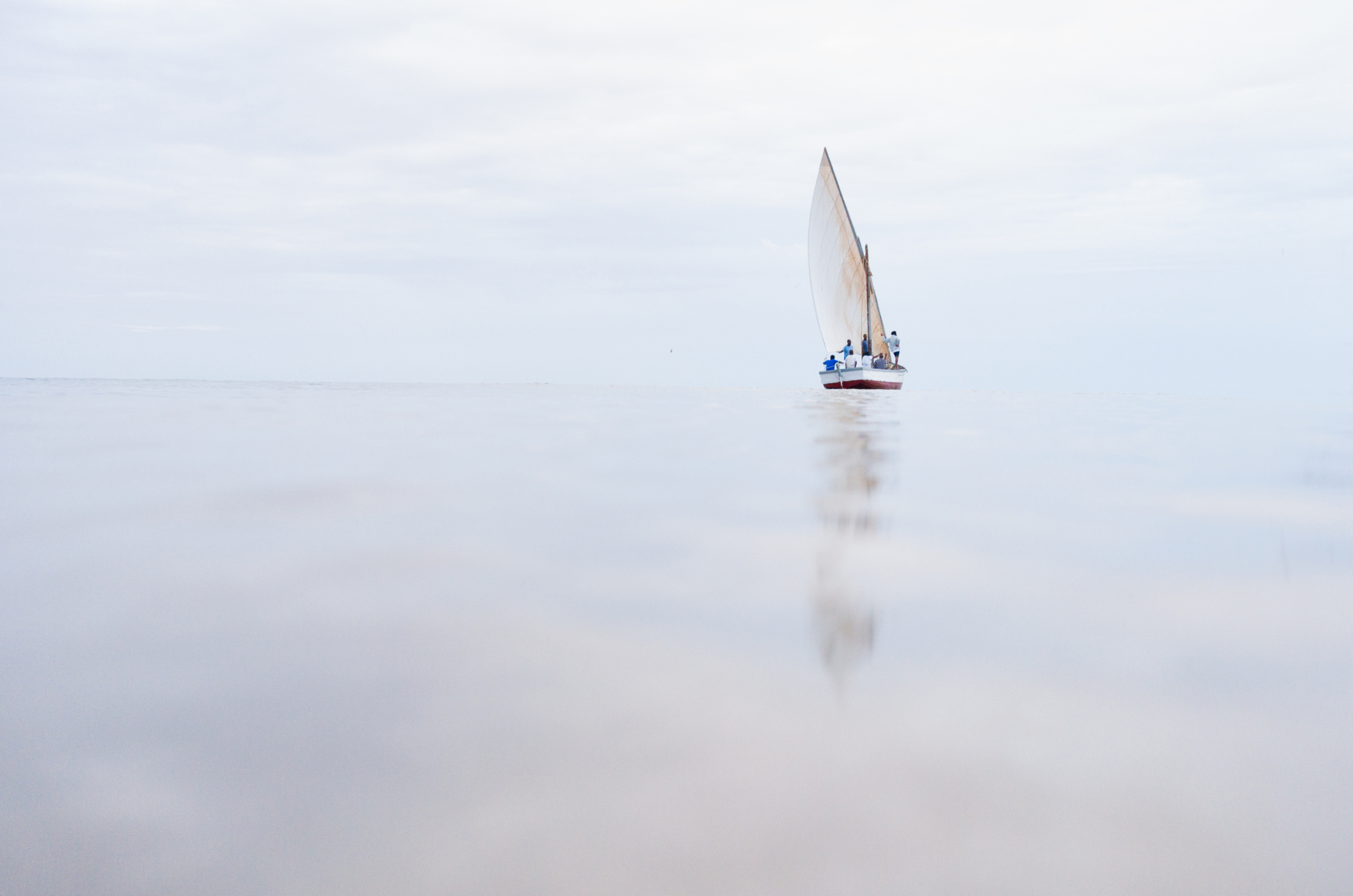