A DIY project as a move toward a better life and endless exploration. Making a new home in a 5th wheel toy hauler and going full nomad...with bikes on board of course.

Going full nomad. How did it come to this, traveling with everything and the kitchen sink? Well… yearning, that niggling fear of missing out. With endless places to explore, staying put felt like settling. So we bought a 5th wheel toy hauler to be our new home. There were several months of research, more time than anyone wants to spend with sales people, a lot of haggling, and then one day we drove off a lot with a home attached to the truck. We spent a year using the home on wheels only part-time to figure it all out, having never owned anything like it before, and to work out the kinks. Of course, there have been some kinks. The RV industry is notorious for poor quality paired perfectly with poor service. That said we’ve been fortunate with our industry experiences. And a little troubleshooting builds character… right?!?

With that initial year of intermittent vacations a success, our subsequent first year of living full time on the road was, for the most part, a perfectly idyllic adventure. Then came along a li’l ol’ virus. The pandemic has been the perfect prescription to slow down, explore closer to home, and take on projects that keep getting put off. Ever since moving into our tiny home on wheels, we’ve had dreams of renovating to fit everything tidily in that tight space and to make it ours. The slower pace of the pandemic and less travelling was the little extra nudge we needed to finally take on the task.

“Decluttering to fit into a tiny home on wheels isn’t unlike pursuing a better life. You just take the stuff you like and leave the rest of the shit behind.”

When we left our sticks and bricks home behind to move into 330 square feet perched on four wheels, we felt freedom, the ability to do what we wanted to do when we wanted to do it, without constraints. Well, actually there are constraints, not least of which is that limited space. Becoming nomadic, for us, was a move toward a better life. Decluttering to fit into a tiny home on wheels isn’t unlike pursuing a better life. You just take what you like and leave the rest of the shit behind. Whether it’s life, or the home on wheels, there’s always little things we can work on to at least try to make it better. We wanted to make the garage a whole lot better!

Ready for adventure! Lots of storage and a new dedicated space for each bike.

The bright new colour scheme and trio of french doors have turned the garage into our favourite living space.

The original garage was just that, a garage. We’d strap three or four bikes to the walls with bungee cords when travelling, and with no storage everything else just got piled on the floor. Apologies for the low-quality images, they were snapped as a precaution before putting our 5th Wheel into storage a few years ago.

Custom making everything from cushions to doors couldn’t have happened without friends showing us how it’s done and a massive amount of help every step of the way.

With friends providing heaps of help and the perfect home base for our renovation, we still managed to sneak in an adventure or two over the busy summer. As with any project, we way underestimated the time and money required to complete the task, so a bit of mountain time to clear the head was a must.

Taking a break from garage renovations for the Milky Way, mountain bikes, and mountain tops.

Pot of Gold? Morrissey Ridge is the gateway to some of the most extraordinary trails around.

A couple weeks late for the full potpourri of wildflowers, but Fernie’s Dirt Diggler is more than just pretty flowers.

With our makeover complete and summer nearly over it was time to hit the road. Revelstoke… There’s always a 100% chance of weather here.

There is a berm or two along the way… somebody has probably counted them.

Back in ‘berta on a twisting turning trail called Pistolero.

Taking it all in. Fall is a special time of year in the Rockies.

If you only have time to do one ride in the Kananaskis region Prairie View isn’t a terrible choice.

Rare things are often coveted… Autumn days like this are no exception.

Sometimes there’s nothing to say.

Another day, another mountain peak. Everything is shaped by weather here.

With a crispness in the air and precious daylight hours dwindling, there is an urgency to savour what’s left before it’s gone.

Some ideas are better than others.

Nomadic… out of the Rockies and into the Okanagan. Classic! Drops a Lot in Penticton British Columbia.

Savouring every last drop of sunshine and warmth in the Okanagan as snow and cold tighten their wintery grip on much of the Canadian West.

Even here the larches begin to yellow as winter approaches.

If bikes could talk…

Seven months after our bikes were stolen from this spot, we’re back. Upon our return, the RCMP call. They have just recovered our property. Chopped swapped and broken it’s a surreal reunion. What have those bikes seen over the past 200 days? Big shout out to Cst. McCready in Penticton B.C., Trek Bikes, and Cycle Therapy in Lake Havasu City Arizona for putting the clues together. Don’t steal bikes… everybody loses.

The Wiltse network of trails delivers on views and slabs.

Who woulda guessed… Same slab as above but looking the opposite direction.

Waterfalls and more hints of winter.

“The lie of a pipe dream is what gives life to the whole misbegotten mad lot of us…”
— Eugene O’Neill, The Iceman Cometh

Snow blankets the hills signalling it’s time to move on.

In a normal year we, along with hundreds of thousands of other nomads, would be migrating to warmer climates. But it is not a normal year, there will be no trip to exotic destinations abroad. With our escapades confined to Canada as winter approaches, there’s a poignant reality in the air… The Iceman Cometh! True to the 1939 script, reality may be too much to bear. Until another dose of reality slaps us in the face, we’ll be blissfully chasing our pipe dream of sunshine and warmth as far as we can. 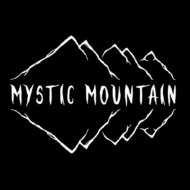 Be the first to review “Going Full Nomad” Cancel reply